Hi!  My name is Daphne.  Most of you don’t know me but I attend the 12:30 class on Mondays, Wednesdays, and I do my best to come in on Fridays too. 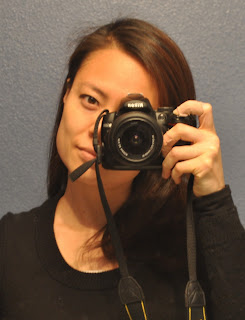 I’m currently 20 weeks pregnant with my second child though I don’t know yet if this baby (whom I’ve dubbed “Kettlebell” for the time being) is a boy or a girl.

Saul and Susan have asked me to be a regular contributor to this here MDSF blog and now you’re all going to subject to my inane ramblings on being pregnant and Paleo (most of the time) while CrossFitting.  Let me begin by telling you about my first pregnancy.  MWAhahaha!

Prior to 2011, I had always considered myself to be fit and healthy.  Before getting knocked up the first time, I was a regular attendee at Velocity Sports Performance in San Carlos (which hasn’t been around for the last few years now because it’s been bought out).  The WODs are similar to CrossFit in that there are a lot of bodyweight workouts except there’s a lot more running/sprinting involved.  Now imagine having to do all that running INDOORS in a giant converted warehouse in the middle of the fracking summer (yeah… no bueno).  But I kept up easily even on my whole-grain-based diet and saw no reason to change when I got pregnant with my first child because, after all, whole-grain wheat products are good for you, especially when you’re pregnant (my OB told me so and if she and the rest of medical association says so, then it must be true!).

Unfortunately, I found myself gaining weight quicker than what was expected of other preggo women.  I was steadily gaining 5lbs a month.  My OB recommended I cut back on the calories and exercise more.  By the end of my 2nd month, I could no longer run/jog at a pace faster than a speedwalker.  The reason being that any time I moved faster than that, I always felt extremely uncomfortable because I always felt like I had drunk way too much water and it was just sploshing around my tummy.  To make up for my decrease in cardio, I took to doing Prenatal Yoga and Prenatal Aquatics twice a week.  This, along with my Velocity Boot Camp (which I took down to twice a week), was all in addition to the daily two-mile walk I would take with my dog.  I worked on eating “healthier” (less meats, less sweets, more vegetables, more fruits, MORE whole-grains!) and nothing worked.  By my 5th month and my last Boot Camp class, I could barely lunge because frankly, my joints just couldn’t take the weight (I was by now about 160lbs at a 5’6″ frame).  The entire time I was pregnant, people reassured me that this was just all a part of being pregnant, that there was bound to be a time when I wouldn’t be able to physically perform the exercises and therefore, I should just take it easy with the low-impact stuff. Fast-forward three years later and I’m still running the 400m in the warm-ups without any kind of jiggly-ness. I’m still lunging without any protests from my knees and ankles. Shoot, the fact that I can still squat to almost squat-depth (my knees don’t go lower than 45deg) while carrying a 39 or 42kg bar across my back speaks volumes to the kind of shape my body is in with this pregnancy.  So what’s the difference? Diet.

We all know what a difference diet makes in one’s overall performance, whether it is as an athlete or as an average Joe Schmoe working the 9-to-5. I can’t stress enough how important it is to firstly cut out gluten from one’s diet, especially if one is looking to get pregnant. To prevent things like morning sickness and nausea, gluten is the Number One culprit because of the intestinal issues it causes regardless of whether one is “intolerant” to gluten or not. Because, let’s face it, EVERYONE is intolerant to gluten to some degree and unless it’s out of your system, one will never really know how it’ll affect you (as well as the life that’s developing inside of you).

So I guess this is where I’ll start off for my next post, on the importance of diet when it comes to a having a healthy pregnancy.  Without a good diet (along with the proper supplementation), the pregnant body is more easily fatigued and finds it harder to recover from workouts, whether those workouts are from yoga, aquatics, or CrossFit (duh!). Being able to establish a well-rounded diet based on what your metabolic needs are is, for sure, THE most important thing you can do for your body and for the baby (or babies!) developing inside you (or your significant other!). There are other things that are equally as important for the mom’s body and baby’s development, things like getting enough sleep, exercising (which will boost baby’s IQ!), as well as getting regular chiropractic care. So stay tuned and you just might learn something new!